A Brooklyn family is struggling to put its life back together after a deadly kitchen fire in the Bronx. The blaze was started by a stove that had been installed just two weeks before. When the super put it in, he pushed it so close to the wall that the electrical cord was damaged. According to the FDNY Bureau of Fire Investigation, the cord eventually ignited the fire.The fire began in the middle of the night as the family slept. It further erupted when the father opened his bedroom door, feeding more oxygen into the flames. His seven-year-old daughter, who was sleeping in the same room, was blown backward and died from burns covering 80% of her body and smoke inhalation. His four-year-old daughter was also severely burned and spent two months recovering in a burn unit. She is still undergoing therapy and reconstructive surgery. The family has three other children who are undergoing mental health counseling due to the landlord's negligence. 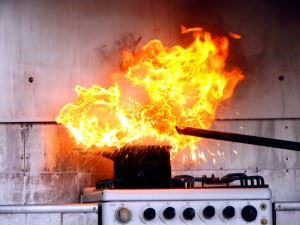 In order to get a case started in the court system, certain documents must be filed. In this step, accident attorneys are crucial because they know exactly what papers need to be filed, and are familiar with the information required and the time deadlines. The responsible individuals/companies —"the defendants" will be served with a summons and complaint, which tells them legally that you are initiating a lawsuit against them.

A lawsuit filed by the family’s personal injury attorney seeks damages from the landlord and their representatives for the injuries caused by the fire. In addition to the faulty installation of the stove, the lawsuit may prove that the landlord also failed to install smoke detectors as required by law and that the landlord had additionally attempted to cover up the cause of the blaze. According to the family’s lawyer, the landlord came to the apartment the next day, removed all the appliances, and ripped the wiring out of the wall.

It is well known that kitchen appliances can pose significant safety hazards and that precautions should be taken to avoid tragic accidents such as this one. A personal injury attorney can help a victim receive financial compensation, but will never be able to undo the physical and emotional harm. When a fire happens due to poorly installed kitchen appliances, an attorney’s role is not just to seek compensation for the victims, but also to ensure that other landlords are made aware that there are consequences for failing to safeguard their tenants’ safety. A good attorney will aggressively pursue all possible damages including for property, lost wages, medical bills, pain and suffering, and wrongful death.