Are Variable Message Signs Causing More Accidents Than They Prevent?

We are taught the importance of road signs before we even get behind the wheel in Driver’s Ed. Road signs help us regulate our speed, control 4-way stops, get us ready for sharp turns and speed bumps, prevent us from turning into oncoming traffic, and much more.

However, not all signage is created equally. For the majority of road signs, we memorize their meanings so that we can read them in the future in a split second. If we spend too much time reading these signs, however, they have the potential to serve as a distraction. 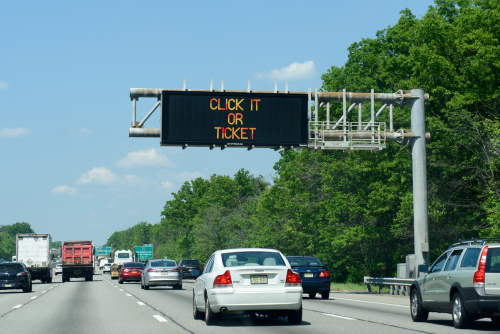 The main takeaways were:

The effect of these VMS has been scrutinized on and off in the past few years, and conclusions have differed.

There are just a few of the variables here when looking at the effects of these electronic signs:

What This Means For New York

As of the time of this article, a town outside of Albany called Guilderland is deliberating over banning these electronic message signs outright within the town, citing safety concerns for driver distraction. Whether or not any other New York jurisdictions follow suit remains to be seen.

Were You Hit by a Distracted Driver?

Distracted driving for any reason is a major contributing factor to car accidents. If you were injured in a car accident in New York City and need the representation of an expert injury attorney, get in touch with Koenigsberg & Associates Law Offices online, or give us a call at (718) 690-3132. We provide free consultations.